Why Buying Plans Early Can Save You Time and Money 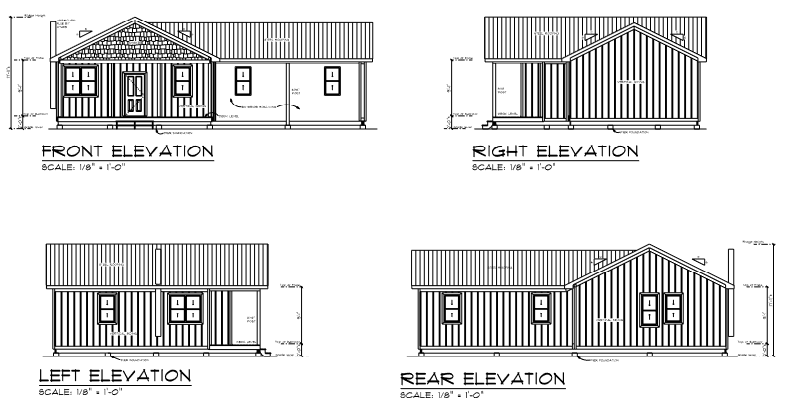 Over 25 years ago, I found a set of plans in a hardware store clearance box. They were for a small wooden cabin that at that time represented my dream home. I moved a lot over those decades, and those plans came with me every time. When I bought my land, they were the first resource I turned to.

In fact, the first cabin design I had made for my land was based on those plans. Although the plans were old and no longer to code, having those plans saved my architect a lot of time.

We had the plans as a starting point. I already knew what I wanted in a detailed way. I was able to use the plans to get specific about any changes I wanted, too.

While pictures of cabins or houses similar to what you want can help, plans simply offer more detail.

If you know you want to build a small cabin with sustainable features like my eco-cabin, having the plans can be a valuable resource.

For example, my final eco-cabin design has a monoslope roof that slopes to the north/rear of the house. This allows for snow to be shed to the back, which is safer. As well, the monoslope roof requires no trusses, just a single laminated (LVL) beam to support the roof. This is an efficient design both from a financial and a construction perspective.

In this photo from the framing stage, you can see the engineered LVL beam supporting the roof. The framing members that support it can just be nailed together and do not require an engineer's stamp. 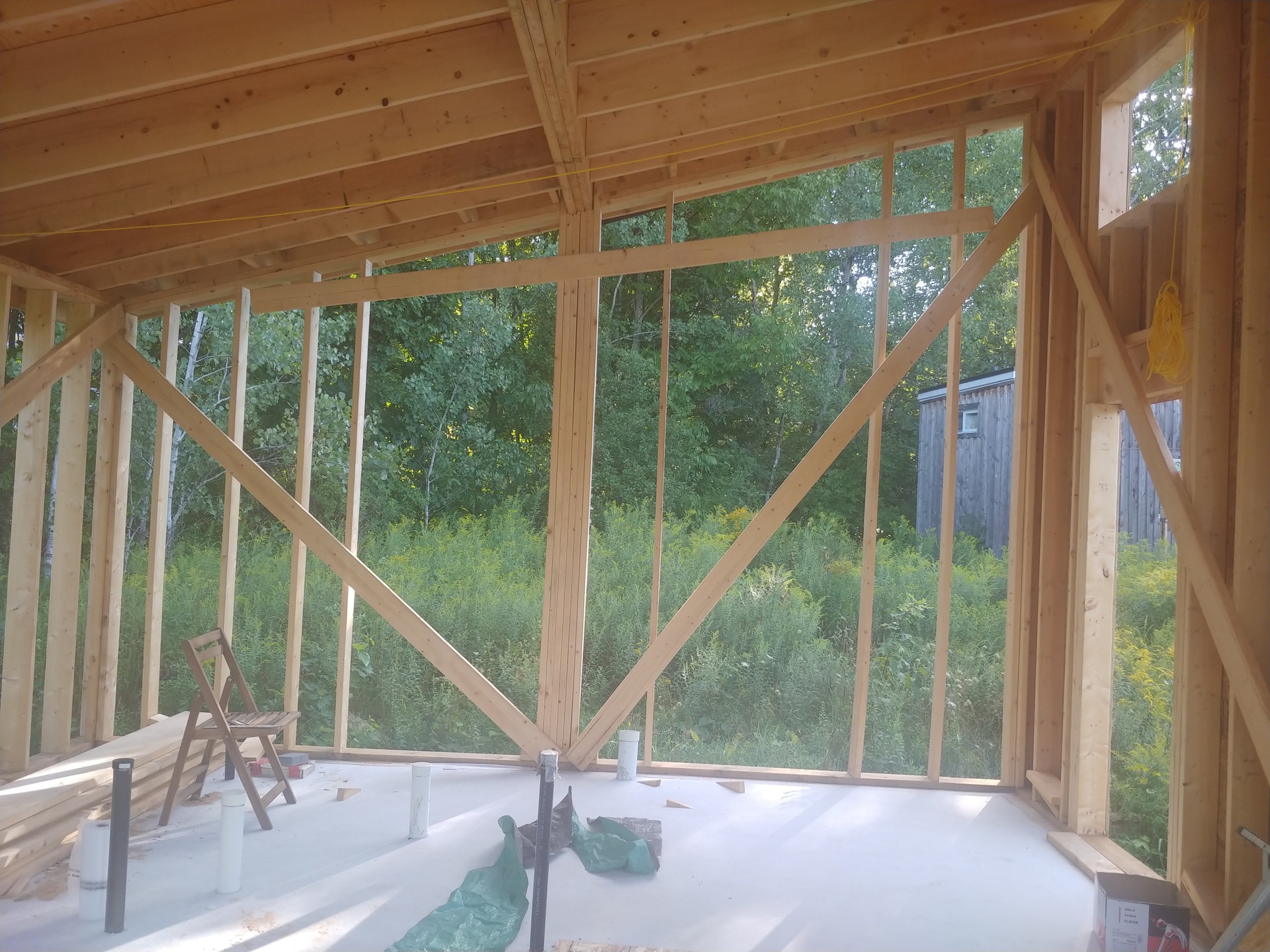 Designing a dream home is a process. In the end, I decided to go with my eco-cabin design, rather than the wooden cabin. However, I don't regret the process. That was how I learned what I really wanted.The eco-cabin plans are efficient with construction resources but maximize space. The passive solar design exceeds even the Ontario Build Code. The savings I have built into the eco-cabin's heating efficiency will save me thousands of dollars in the future, and help our planet!

I hope that you find the spark that lights your way to your own dream home!

If you are interested in learning more about buying the eco-cabin plans, simply click on the link below for more information.

Eco-Cabin Plans for Sale: Take Me There!